RRB ALP Result 2018: Railway board of India set to declare their RRB ALP technician & Loco pilot examination result online. The Indian railway scheduled and conducted the RRB ALP 2018 examination all over the states of India. There were lakhs of contestants appeared for RRB ALP technician & Loco pilot examination action as scheduled on the basis of application received by Indian railways. It has been reported that post vacancy has been increased and due to the lesser the absentees reported as predicted.

Before releasing the official answer keys regarding the RRB ALP 2018 examination, the board opened the portal to raise the objection panel for all aspirants appeared for the examination. In between, the board closed the objection and on 21st September, once again the portal made available for all those who need to check and do the same. The RRB ALP 2018 results will be released in such a manner on the basis of CBT valuation gets completes. However, there was a predicted result date has been announced and the official information regarding the RRB ALP 2018 isn’t yet made official by the board of Indian railway.

As the students have enquired on our comment box regarding, whether the board conducts any personal interview after the examination results. Usually, not for all the examination under the government sector in need of interviews. If the board need to sort out brilliant among the big list, only then will conduct such a factor. Perhaps, the vacancy of 26K posts is hard to conduct region wise interview as well as whatever.

As the board of Indian railway for making a precise decision to choose an Indian railway job, there was a detailed notification has been released in the month of March 2018. Lakhs of aspirants applied and from the same sort out candidates on the basis of eligible for RRB ALP 2018 examination. For those who appeared for the same for RRB ALP examination, 2018 can make use of steps given below for checking the results online.

The RRB ALP Ranklist 2018 will be a great factor for getting a job as mentioned by the board of railway in the notification announced regarding the same. If you got any more queries to ask on RRB ALP Result for the examination conducted on September 2018, feel free to make use of below comment section in a detailed query. 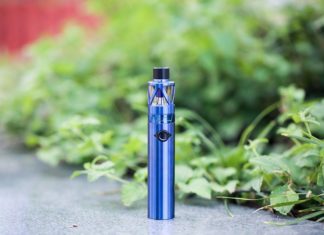