Ever wondered of protocols that a nation or the system following in your life. Well, there was a culture you should know which the British family followed and that sounds and marks as the better traditional culture. The British Royal Family which includes Queen Elizabeth, Prince Charles to Prince William and Kate Middleton’s three kids, must follow some strict protocols during travelling, which they follow when visiting other countries. Let us see some British travel protocols that you should know strictly followed the British royals.

1. Royal Wardrobe Must Reflect the Country They Are Visiting

The Royal Stylist is accountable for cautiously choosing the dresses that every royal will wear at the planned commitment. Kate Middleton visit to Pakistan made headlines when she wore traditional Pakistani Dresses during her entire trip. She wore Salwar Suits by Pakistan designers like Maheen Khan, Gul Ahmed, Satrangi and Zeen. Similar Designer Pakistani Suits are available at YourLibaas.

2. Heirs to The Royal Throne Should Be Travelling Separately

This is to protect the royal lineage, two heirs to the throne should not travel together. Though Kate Middleton and Prince William have ignored this protocol on several cases by travelling with both kids, it’s Queen Elizabeth II that chooses the last call concerning protocol.

3. Wardrobe Should Include a Black Outfit

At least one black outfit should be included in case of any family member’s death. This protocol stems from when the Queen returned to the UK after hearing of her father’s death in 1952 and needed to wait for staff to provide mourning attire before she abandoned the aeroplane.

4. Visit Should Be Short: Royal visits should be short and are usually less than two weeks.

Although they can fly with other Airlines, they should prefer and support National Airlines and fly with British Airways. In 2011, William and Kate experienced the very same frustrations of aviation most of us do if their British Airways aeroplane’s in-flight amusement broke. The Duchess is quite used to flying the airline her father and mother both worked for BA!

The Queen has her bag marked using a noticeable yellow symbol, and Kate Middleton also has her bag marked similarly. The grownup royal heirs, Prince William and Prince Charles have their bag marked with a red label. Along with the younger ones such as Princess Anne and Prince George has their very own bags marked in blue and green respectively.

8. Travelling with 2 pairs of the same outfit

It might sound bizarre, however, the Queen ardently follows this routine, like her personal curator Angela Kelly. The main reason for such a weird outfit rule would be to be prepared to manage any wardrobe crisis like stains and spills through these high-profile events and meetings. Well, the traditional Pakistani Dresses sounds like an admirable one and embarrassing to see and the outfits found to be mindblowing to people all around.

Public displays of affection are frowned upon to the Royal Family–particularly when travelling. Royals are anticipated to not make those out of a different, more conservative, civilization feel uneasy by revealing signals of affection openly. Case in point: William and Catherine’s stoic presents throughout their trip to the Taj Mahal in 2016. 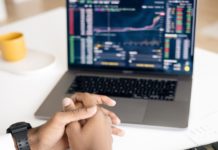 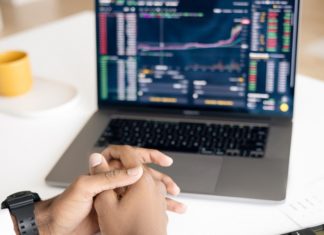