What happens if you combine Instagram and karaoke? Social network Tik Tok. The new social network has taken over the world with incredible speed. In terms of the number of downloads, the application overtook YouTube, Whatsapp and Facebook, after which Tik Tok was named the most viral social network and “the second Vine”.

ByteDance owner Zhang Yiming has created several other apps in addition to Tik Tok. The app earned him a multimillion-dollar fortune and a place in the ranking of the most influential people in business under 40. Zhang Yiming has also founded several Chinese startups: news aggregator Toutiao, whose main feature is artificial intelligence in a collection of articles, and the now closed joke app Neihan Duanzi, in which the Chinese authorities found inappropriate humour.

Tik Tok was designed as a music video app. On the service, you can shoot short videos with music and voice acting, start live broadcasts and chat. The app was launched in September 2016 and its audience at that time was only residents of China. Later, the creators of the social network, ByteDance, decided to launch another application, but for an international audience. However, the service had a competitor musical.ly, which was bought by ByteDance on November 9, 2017, for an estimated $ 1 billion.

The merging of applications took place in August 2018 and the audience will never forget this. If an incredible wave of advertising for an application on Youtube or Twitter passed you by, then you simply did not go to these social networks (well, or do not fit the age of its target audience).

After the merger, all musical.ly applications on users’ smartphones became Tik Tok, which allowed adding another 100 million users to the existing audience. The company does not disclose audience data, however, according to experts, the number of users as of November 2018 was 800 million people in 150 countries. As of June 2018, the app has a daily audience of 150 million active users.

Try to get a lot of views for your TikTok video using an online service!

Who sits on Tik Tok?

The main audience of the social network is teenagers. They like to shoot videos of their favourite music, dance, make video collages with friends. As I wrote above, the company does not disseminate official data about the application. However, a business presentation of Tik Tok hit the network the other day.

Why is it popular?

Tik Tok’s audience is growing faster than any other social network. Basically, this happens at the expense of teenagers, since they are the main users of the service. If a social network was able to attract the attention of teenagers, it is doomed to success: they are active, create a lot of content, arrange challenges. It’s worth remembering the success of Snapchat.

Speaking of challenges, it is worth noting that there were an incredible number of them for such a young service. The first big challenge that made Tik Tok popular of its kind is Karma is a Bitch. It consisted in the fact that at the beginning of the video to appear in a home image, then, saying the words “Karma is a Bitch”, to show the transformation into a radically different image: beautiful clothes, hairstyle, make-up. Mostly the challenge was popular in Asia

There were also “Before / After Challenge”, “Try Don’t Tell WOW”, “Dimples Challenge”, changing hair or eye colour (through a special filter for a certain bit), “360 degrees”, a challenge with shoes and a challenge popular among girls. in which you need to distribute lipstick on the lips without using hands.

A brand new challenge appeared in 2019 and immediately attracted an incredible amount of attention. Popular singer Adele announced that she was leaving the stage, to which Tik Tok users responded with a cute challenge. In the original video, a haribo bear, standing on a pedestal, was filmed singing Adele’s hit “Someone like you”, then the camera moved and more than 200 “singing along” hirabo bears were seen. The video collected 1.4 million likes and launched a wave of similar posts.

Previously, there was no official advertisement on the social network. A test version of advertising was noticed in January 2019 by users from France.

According to information from the presentation merged into the Network, the service will offer advertisers four ad formats:

Vertical advertising video, up to 15 seconds long with the option to skip and adding a button with a call to action.

However, the first viewers did not like the advertisement. They noted that Tik Tok is a unique project in which you can’t just insert ads like from Instagram or Facebook. Therefore, it is quite possible that changes will be made to the advertising proposals.

Considering how popular the resource is now, the interest in advertising will be incredible. The young audience is impressionable and responds well to advertising, although its low paying capacity should also be taken into account. Despite this, Tik Tok does not plan to stop there – after all, at the moment, this is the only application of a non-American company that was able to achieve such high results.

To quickly develop your page on TikTok, you can use services on the website tokrush.com/buy-tiktok-fans-followers. The output to the top of your publications is made by a neural network based on likes and comments – the more there are, the higher your post will be ranked. If you moderately cheat comments, views and likes, you will increase the likelihood of your videos being recommended, which means your profile will develop. 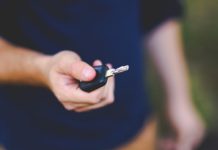 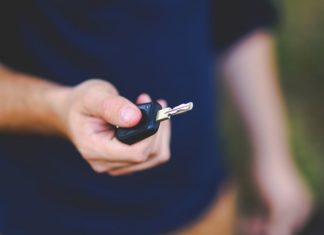